We act on behalf of clients who are the subject of investigations into boiler room fraud such as Operation Archway. This investigation, co-ordinated by the City of London Police, is in relation to allegations that shares have been sold through stockbrokers for companies that are non-existent or near bankrupt, making the shares worthless. 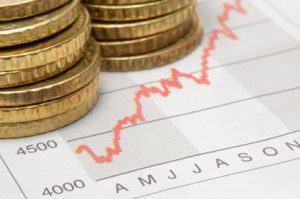 Our firm provides expert specialist defence representation in cases of fraudulent activity including boiler room fraud. We are recognised as one of the countries leading criminal law firms defending in such cases of serious crime.

It is essential that those the subject of such enquiry have expert legal representation such as we provide to ensure that the such prosecutions do not result in a miscarriage of justice.

This firm is repeatedly asked to assist clients who have already, at some time, during the course of an investigation or Court proceedings instructed Solicitors.  We are used to dealing with such enquiries and advising as to the transfer of a case from previous Solicitors to this practice.  It is important to those the subject of an investigation or prosecution, that they are confident in the Solicitors that they instruct and that they consider those that act for them are doing everything they possibly can to assist.

Should you wish to discuss this operation with us then please contact us on 0800 988 5124 or click here and send us a message.

Knutsford: By Appointment Only

The firm acted on behalf of the Chief Executive Officer who was a Chartered Accountant of one of the country's largest recruitment companies with a turnover in excess of £1.2 billion per annum. Three of the Directors of the company faced charges which were prosecuted by the Serious Fraud Office before the Croydon Crown Court in respect of conspiracy to defraud shareholders arising from the company's accounting practises and the disposal of a subsidiary company, such practises, it was alleged, were designed to produce inflated turnover and profit to satisfy financial expectation of the company in the City.

In this case we acted on behalf of a Quantity Surveyor who was charged with an allegation of conspiracy to defraud a Welsh Local Authority arising out of the placing of tendered work to favoured contractors which resulted in a substantial loss to the Local Authority. Caernarfon Crown Court.

We acted on behalf of an accountant who served as a director to two financial advisory companies, the director also provided independent accountancy services to the companies. It was alleged that he was involved in a conspiracy to defraud creditors, and in relation to the provision of unauthorised investment advice, matters prosecuted by the Financial Services Authority. (This case was ultimately the costs authority in respect of the definition of serious fraud). Manchester Crown Court.

This case involved 27 defendants involved in Colombian drug importation, drug supply and money laundering, the firm acting on behalf of one of those accused of money laundering. The case was one of the most significant prosecuted in 2005, there being three separate trials before the Southwark Crown Court. Money laundering on a massive scale was alleged by the Crown, evidenced by the most extensive of covert surveillances.

The firm defended in respect of a prosecution for multi million advance fee fraud involving investors in bank instrument investments where substantial advance fees were obtained. The case encompassed evidence gathered from witnesses in Europe and United States, obtained by both the prosecution and the defence. Manchester Crown Court.

The firm acted on behalf of one of three defendants, a former officer of HMC&E prosecuted following the Brandfield enquiry in respect of an allegation of misconduct in a public office. This was one of the most extensive of Police enquiries, spreading over a period of seven years, in relation to participating informant heroin importations from Pakistan which were prosecuted by HM Customs & Excise. Sheffield Crown Court.

The firm acted on behalf of a 12 year old defendant who was charged with murder and acquitted after trial. The case involved ground-breaking considerations of head injury and the presentation of forensic engineering and medical evidence which led to the prosecution case not being accepted by the Jury, and acquitted.

The firm acted on behalf of one of several defendants charged with the forgery and the creation of false bank instruments in one of the most sophisticated of frauds relating to the creation of false passports and benefit claimant documentation. Many millions of pounds of false claims were alleged to have been possible as a result of forgery. Manchester Crown Court.

The firm acted for a Dutch National charged with a substantial drug importation of ecstasy. The case involved evidence from Holland and the UK as to covert surveillance of the alleged methods of importation. Hull Crown Court.

The firm acted for a Dutch National charged with the importation of a vast quantity of heroin, who was acquitted after trial, on the basis the prosecution could not establish that he was a knowing party to the importation. Evidence from the UK and abroad was introduced by the prosecution and defence. Manchester Crown Court.

The firm acted for a haulage contractor charged with offences relating to the shipment of liquors and spirits from bonded warehouses in a multi handed and substantial diversion fraud, at the time, one of the largest diversion frauds prosecuted by HM Customs & Excise. Leeds Crown Court.

The firm acted for a defendant charged with a multi million pound advanced fee fraud in respect of bank instrument trading. The investors were from Europe and America and the case involved substantial evidence from abroad and extensive case preparation prior to a lengthy trial. Chester Crown Court.

We defended in respect of a Scottish prosecution of an advanced fee bank instrument fraud with a substantial international dimension involving investors in both Europe and America. Many millions of pounds were alleged to have been obtained from investors into bank instrument investment schemes. Edinburgh High Court.

We acted on behalf of a solicitor charged with mortgage fraud involving advising and assisting clients in respect of the purchase of substantial commercial properties. These were extensive and complex financial transactions involving a number of different companies. Central Criminal Court.

This is sample text for Vertical marquee plugin.